soccer Committee released her beautiful debut in 2005 as a very limited CD-R, and now for the first time it is widely available as an extended version with two remixes by Machinefabriek and Wouter van Veldhoven exclusive to this release.
We have been a fan from the start, and excited to now present this lovely album for a wider audience.

soccer Committee is released as CD mastered by Jos Smolders in artwork designed by Rutger Zuydervelt, with photography by Aart-Jan Schakenbos.

These songs were written between 2004 and 2005, when I had just discovered how I wanted to approach the phenomenon of ‘song’. I had created songs with just voice for years, and now had found that the guitar could help tell me what mattered to me. I felt I could create a space by carefully experiencing and ‘watching’ voice, guitar, silence and overtones. I enjoyed this making of quiet songs, where I could voice things that would get lost in a crowd. I remember wondering if I should try to release them, being concerned about losing my own intimate space to create the little prayers I sang to myself. But I overcame this concern, spread some cd-r’s and got to play in all kinds of nice places, finding my life enriched by meeting wonderful people, music lovers. So, it’s just wonderful that 17 years from then we’re still connected and Sietse offered to give these songs an official release, and Wouter and Rutger both joined in for a magical remix. It makes it shine even brighter to me.

The first soccer Committee album is important to me for multiple reasons. First of all the music was (and still is) super inspiring, and influenced my music making. But more importantly, it was the start of my musical and personal friendship with Mariska, that is still going strong to this day.
So of course I was honoured when I was asked to do a remix. I chose Moi Et Mon Coeur, one of my favourite tracks of the album. Of course, my intention was not to ‘make it better’ (I cannot do that), but I tried to ‘grab’ the atmosphere and extend it. Because who wouldn’t want to dwell in that beautiful music a bit longer?

I first heard Mariska’s music 16 years ago when I was attending a morc tapes house show. I was immediately starstruck by her songs, stripped down to the core, yet filled to the brim with details and a very peculiar shy form of profoundness (not sure how to describe it otherwise).
Later, when I got to do a few shows with Mariska and Rutger, I saw her having that same effect on other audiences; somehow making a room more silent by adding her singing and guitar playing. One could hear a pin drop, and people would be almost hesitant to breath during or applaud after her performance.
On that first occasion, I didn’t even dare to ask if I could buy her album after she played. So to have a little part in its re-release now is a very big deal to me!

As I am playing this CD by Mariska Baars, also known as soccer Committee, as the prefered spelling goes, I am trying to remember where I saw her play live for the first time. I believe it was at an evening where she also played as part of Pjipstilling, a group with the two Kleefstra brothers and Machinefabriek. Maybe in 2008? I do remember being blown away. Not but the volume, but with the controlled quietness of her performance. An electric guitar and a voice, if I remember well. It sounded great, very sparse, everything that wasn’t necessary stripped away. Again, if I remember well, up until that evening, I had not heard of Baars and her soccer Committee, so I missed her debut CDR when it came out in 2005. Now, this debut album is re-issued by Moving Furniture Records, for once in a role of a re-issue label. For me, it is no surprise that this appears on this label, as Baars played on the two albums of the group Fean, and there are some strong ties with Machinefabriek, Baars and the label. Machinefabriek has a remix here, just as Wouter van Veldhoven (whom I also got to know around this period and whose first concert I still remember very well).
The original album is concise, around fifteen minutes and has seven tracks, all-around two minutes, a bit more or a bit less. Baars plays a few sparse notes and strums carefully and delicate notes. Sometimes you hear a bit of extra string of the reverb effect, enhancing the spaciousness of the music. In ‘Kaleidoscope’, there is quite a bit of hiss, as if she recorded this onto a cassette, but it adds another layer of intimacy to the music. The whole thing sounds as if Mariska Baars sits in your living room, performing these pieces. Quiet music, away from the loudness of the world, is something we probably need now more than in 2005. Well, or so I think.
Following this delicacy, there is a fifteen-minute remix of ‘Moi & Mon Coeur’ by Machinefabriek, taking apart the whole song, note by note, doing a bit stretching and looping, emphasizing the hiss some more, but remaining close to the entire notion of ‘strip away anything you don’t need’. Baars does it in two minutes to significant effect, but the prolonged one from Machinefabriek is just effective. Wouter van Veldhoven takes ‘Le Jardin’ to his empire of reel-to-reel machines, and his sparseness is one placing sounds on a loop with some near silence between the sounds, words, and notes. I wouldn’t have minded a few more originals or some extra remixes if there were all on this equal level of sparseness. Beautiful! (FdW)

CD limited to 200 or digital available in our webshop. 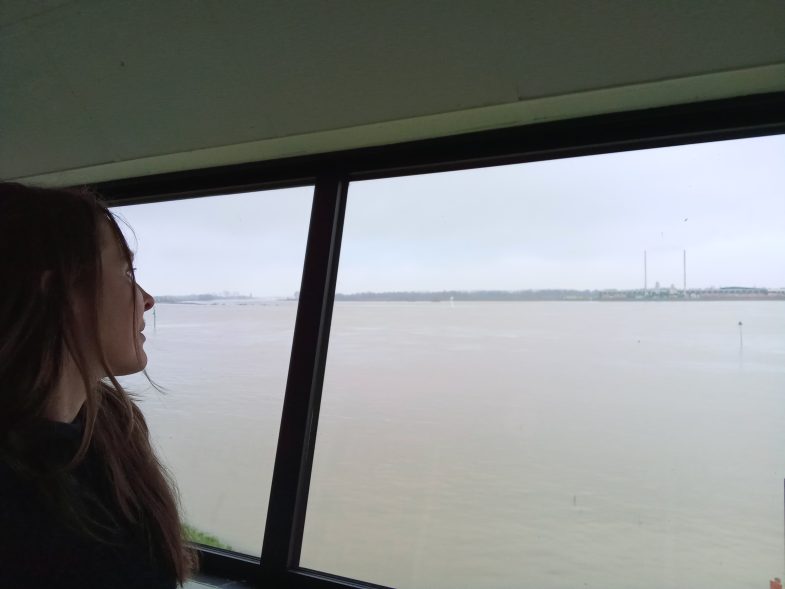 Currently based in the small Dutch village Kekerdom, Mariska Baars has been relying on just her vocals and subtle guitar touches for over fifteen years.

Growing up in the countryside soccer Committee spent hours and hours listening to the enchanting sounds of the river running by her house. At an early age she was already making up songs to sing herself to sleep at night, but she only really got started after discovering the guitar to accompany her voice.

Baars is a master in letting sounds resonate and explore their own path. Although her music is definitely rooted in the folktraditiion, she is more interested in conducting the songs in a certain direction than pushing them in a specific shape. To reach her goal, Baars works very restrained: she never uses a single note when it’s not fully required. She does it so effortless that no one else really comes close to her approach.

Before ‘Tell from the grass’, her last solo release dates back to 2007, but she released quite a few collaborations though: most notably with Rutger Zuydervelt ‘aka Machinefabriek), but also with the likes of the Kleefstra brothers (as Piiptsjilling), Greg Haines, Sylvain Chaveau, Joachim Badenhorst and members of the morc family like Wouter van Veldhoven and Annelies Monseré. Apart from that she has been active as a painter too. 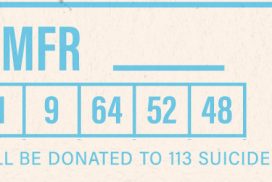 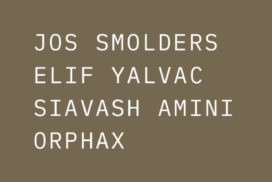 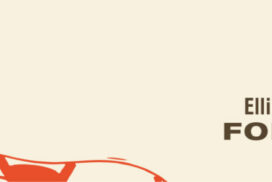 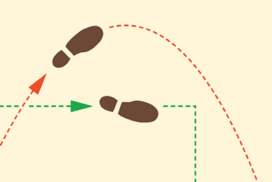 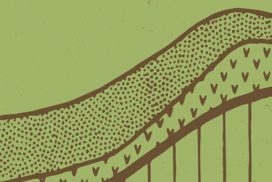 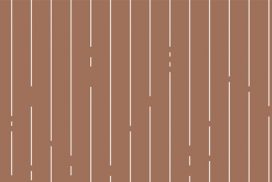 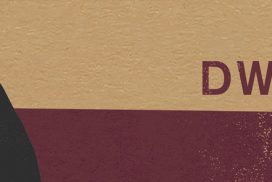 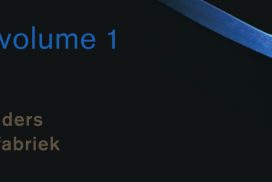 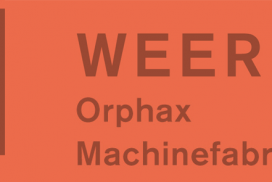 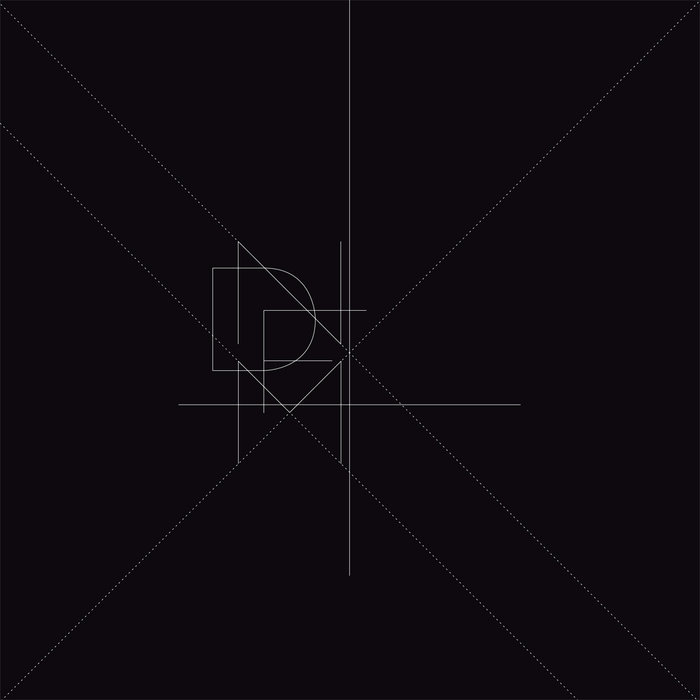