This Is Release MFR100 – A suicide prevention fundraiser. Our 100th release is a special one, where 50 of our musicians, and one guest go together as duos (and one trio) to record 25 works of exactly 4 minutes. All to celebrate our 100th release, and to raise funds for the Dutch national suicide prevention organization 113 Zelfmoord Preventie.
All profits from this release go to 113 Zelfmoord Preventie.

This is release MFR100 is released as Double CD mastered by Jos Smolders in artwork designed by Rutger Zuydervelt.

Abouth This Is Release MFR100

113 Suicide Prevention is the national Dutch suicide prevention centre. The organization has been active as an independent care provider since September 2009. They employ psychologists and psychiatrists and a large group of fully trained volunteers who allow them to provide round-the-clock confidential support through chats and phone calls. 113 works in close cooperation with the mental health institutes’ crisis centres. Together, these professionals are available 24 hours a day, 7 days a week across the Netherlands for dialogues and psychological treatments. The ambition of 113 is to radically bring down the amount of suicides in The Netherlands. Moving Furniture Records stands fully with this goal and want to support the organisation as much as psosible with this compilation.

If you are struggling and are in need yourself, or know someone who is troubled, find your local support organisation on the following websites:
suicidestop.com/call_a_hotline.html
findhelpline.com/i/iasp

Let’s bring suicide down worldwide together.

Thanks to all artists involved, Jos Smolders, Rutger Zuydervelt and Monotype Pressing for making this compilation possible.

For their 100th release, Amsterdam’s Moving Furniture Records invites listeners to take 100 minutes to save a life.  50 label artists and one guest teamed up to pen 25 tracks, each one a collaboration, each one 4 minutes long.  Every 40 seconds, a person takes their own life.  All proceeds to go the Dutch Suicide Prevention group 113.

This is not only music for a cause, but music by example.  No one can go it alone.  Martijn Pieck & Martijn Comes & Dante Boon lead the set off with the only three-person collaboration, a show of unity and strength.  Ecclesiastes comes to mind:  two are better than one; if either of them falls down, one can help the other up.  Though one can be overpowered, two can defend themselves; a cord of three strands is not quickly broken.  In this piece, the piano represents the clarity a person seeks through the fog of depression.  Other pieces cast dark shadows, allowing light to peer around the edges and through the cracks.  Every melody that breaks through the drone is like a rescue line.  The collection sounds like a struggle, but leaves the door open for triumph.

One of the most important things for a helper to do is to acknowledge the pain of the sufferer.  One of the worst is to put a happy sticker on the situation (“At least you have your health!”).  The tone of the set is well-chosen, representing empathy, acknowledging the difficulty of life.  “Always in delay, but yet we’re here” breaks down into components of sound, hoping to be reintegrated like portions of a soul.  By the end comes a cacophony, a mental overload, a sensory explosion.  Joe Wesseltoft & Miguel A. Garcia’s “Migratory Patterns” comes across as a construction site, density upon density, sound upon sound.  There is no false cheer, only a reflection of perception.  When stressed, one may often see no way out; the ears tune out or deflect any sign of hope.  As a violin plays atop “Happenstance,” melody fights dissonance, form battles abstraction, clarity battles clouds.

10-15% of all teenagers are suffering from depression at this very moment.  20% will be affected at some point before adulthood.  One million people die each year by suicide.  We’ve become used to seeing COVID metrics, so when we learn that the global suicide rate is 16/100,000, we have a frame of reference.  “Adliesau” contains whistling, not the happy whistling of dwarves, but the whistling of acclimation or inevitability.  The track is haunted, the scrapes of the past rising to the surface, seeking exorcism.  Could these artists have suffered from depression at one time, channeling the “creative fire?”  If so, they write what they know.  Here we find 51 artists who want to help, and behind them dozens more: not only label staff, but purchasers, counselors, friends.  We haven’t heard from Bas van Huizen for years, and here he is, stepping forth with Ilia Belorukov.

The collection is heavy, even tracks such as “I Played With Everyone,” whose title sounds upbeat, but whose combination of stringed instrument and computerized signal sounds like the loneliness of someone casting their angst into the internet, hoping for a positive response.  Online one may locate like-minded individuals, but also trolls, mockery, bullying.  Thankfully, none of this music says, “Cheer up!”  Instead, it says, your thoughts are safe with us, please hold on, we know others who thought there was no way out, and then there WAS a way out, and we want you to live.

So yes, this is the music of loneliness, addressed to those who are lonely.  Jan Kleefstra, the album’s sole narrator, has always sounded world-weary, and on “Wolk” still does so; yet he also continues to go on, buoyed by Lasse Marhaug, who brings a bright background to Kleefstra’s tone poem, until everything collapses in a whirlwind, like that of Elijah, who after the wind, fire and storm heard a still, small voice, found food and was refreshed.  Cyril Bondi & Rutger Zuydervelt incorporate wind chimes in their track, a sonic treasure that only arrives when there is wind.  Sometimes we do not die; the cloak descends and dissolves, and through the process we are honed.  We suspect many of the staffers at 113 once asked, “to be or not to be?” and now lead others through the same storm.

For drone fans, This is release MFR 100 is the motherload.  The collaborations are fascinating, as many artists are joining forces for the first time.  After a decade and a half, the label continues to showcase a wide variety of experimental music, and the fact that they’ve chosen to celebrate their milestone release not with fireworks, but with empathy, speaks highly of their character.  Starting with #101, we’ll encourage our readers to support the label and their artists, but for today, we return to our opening invitation:  let’s team up to save a life.

Does the Moving Furniture label need to be introduced to you guys & girls? Probably not, but in short: it’s a label from Amsterdam, The Netherlands, and it’s been around for quite some time. There are releases in several different series (“normal” ones, contemporary series and the Eliane tapes), and the founder is the man we also know as Orphax. The names on MFR are sometimes very well known and respected longtime artists and sometimes artists with hardly any previous releases but who are simply amazing. It’s very definitely a label showing guts, but also with an excellent and massive catalogue.
So Sietse came closer and closer to his 100th release, and it had to be something special. And special it is… He got together a list of artists that previously released something on MFR, maybe with a few people he “just” admires and with those people (50), he made 25 couples. Those 25 couples were asked to make a track together of exactly 4 minutes and those 25 tracks found their way on this double CD. Imagine the logistics of a project like that. For example, the effort that has gone into making this all sound as perfect as it does (organization, production, mastering by the amazing Jos Smolders, etc). Because yes, it *is* that good.
A final remark which shows how beautiful Sietse is as a person, is that ALL PROFITS from this release will be donated to the Dutch Suicide Prevention organization. And if that wasn’t enough, 15% of any order that includes this release will be donated. Some could translate that into: “Hey, I want to donate something to that organization. I’ll buy a beautiful 2CD and support an important cause.”
Of the fifty couples, one decided it needed a third person, and that’s the track that opens the first CD; Martijn Pieck, Martijn Comes and Dante Boon. Their track knows a very subtle build-up, but it hits hard when after 4:00 exactly, it abruptly ends. Because yes, that is what this album is about. And because it’s the first track, it’s so confronting … Some of the duos that worked together on this release are worth mentioning. How about Wouter Jaspers and Radboud Mens? Or Reinier van Houdt and Anla Courtis, Jan Kleefstra and Lasse Marhaug, or Alfredo Costa Monteiro and Mattias Petersson? You will think about most of those combinations: “How does that combination work out? How does it sound?” All reasons to buy this album.
I’m not going to go through all of the 25 tracks and describe them to you. It’s experimental, drone, minimal, spoken word, ambient, soundscape, and still it’s all very close together in the aspect of its unity. Fifty-one artists who made some incredible art. Two CDs that support a really good cause. One label is making a difference. Go! Buy! Now! 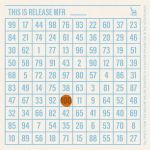 CD limited to 250 or digital available in our webshop

Or find the album on your prefered streaming service here: https://orcd.co/mfr100

All profit from this release will be donated to 113 Zelfmoord Preventie, the Dutch national suicide prevention organization.