2 is released on vinyl and digital and available here: https://movingfurniturerecords.bandcamp.com/album/2

Listen on Spotify, iTunes and Deezer 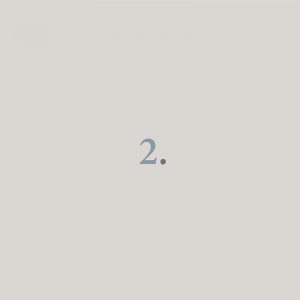 Mens and Matthijs Kouw. The album consists of two long drone tracks that make you forget music is a time-based art. Music that immerses you in a warm bath of frequencies that are evolving slowly around you, revealing you all sides and details of a sonic sculpture.

With this second release, which is simply titled “2”, Mens and Kouw continue their exploration of long-form drone. By using precisely tuned analogue synthesis, Mens and Kouw create a rich tapestry of drones and slowly changing environments. To the careless listener, nothing much seems to happen. However, an attentive ear will reveal a rich variety of resonances and sonic artefacts. Starting as deep and warm drone music both pieces gradually develop into a collage of textures and frequencies that are carefully moving in and out of the drone. This record is the second of a two-part album that was recorded live in the studio in December 2014, released in an edition of 300 LPs that are packaged in reversed sleeves and are provided with a digital download.