Music For Modified Melodica is the third solo album by Kaori Suzuki. A work for melodica played with foot bellows to enable to create loud sustained sounds. A durational work of psychoacoustic effects, which rewards endurance with transcendence.

Music for Modified Melodica is released as CD mastered by Jos Smolders in artwork by Pete Greening.

About Music For Modified Melodica

Music for Modified Melodica was born out of two explorations: one of tuning (and subsequently degrading) the small reeds of a melodica, and the other to modify it playable with foot pumps, allowing for the sustained excitation of the reeds.

Playing with the highly resistive foot bellows introduced massive ‘volumes’ of air to the reeds, overblowing them to vibrate loudly. This aspect led me to work with the sound potentials of combination tones which appear at high acoustical volumes- an area which has been elemental, especially to my durational sound works, over recent years.

The pumped breaths of the melodica are amplified and brought through time delays, with electronically manipulated high frequencies and oscillators to further activate the mix. The resulting experience, as a performer, lends affinity to what a participant to the music previously called it—one which “rewards endurance with transcendence”.

MMM was performed and recorded live. Similar iterations have been performed in New York, Osaka, and Tokyo in various settings, and at least once in an abandoned naval magazine.

One of the things I like about Moving Furniture Records is that they have a roster of returning artists and add new ones. I had not heard of Kaori Suzuki before, despite her Beacon Sound and Second Editions releases. She was born in Tokyo and now living in California, where she plays drone music of the loud variety. At least, so we’re told. To that end, she uses electric and acoustic instruments, synthesis, tape, oscillators and other materials. She also created her own brand of instruments, which are used by Hiroshi Hasegawa of C.C.C.C. and Astro fame. Which might also be saying something of Suzuki’s own music. In the case of ‘Music For Modified Melodica’, it is clear what she uses, the melodica. The modifications consist of “tuning (and subsequently degrading) the small reeds of a melodica, and the other to modify it playable with foot pumps, allowing for the sustained excitation of the reeds. Playing with the
highly resistive foot bellows introduced massive ‘volumes’ of air to the reeds, overblowing them to vibrate loudly”. There are also time delays and “electronically manipulated high frequencies and oscillators”. The work start as melodica piece, and whatever else comes after that, it still sounds like a melodica. There is just one without any attack or decay; there is just the constant droning sound. It is indeed to be found within the mid to high range frequencies, which results in a piercing work; if the low-end, bass side of the music is ignored on purpose to bring out the fierceness of the music more, I don’t know. The whole CD is just this one piece, clocking in at twenty-six minutes and the same amount of seconds. The first time I played this CD, I was disappointed, thinking, ‘that’s a rather short release’. But I played it at a lower volume, thinking about the neighbours, early morning, you know those banalities. Still, when I returned to it, gave it some more attention,
also reading up on the intention of this work, the volume went up, and I must say that within the time she allows for this piece, twenty-six minutes is long enough. It is an excellent piece of drone music; it’s loud, but it remains crystal clear. It is the kind of music that leaves the listener behind, grasping for a bit of air. The end is just a quick fade-out, which sounds a bit silly, but otherwise, this is an excellent piece of music. (FdW)

Kaori Suzuki performs one 26’ realization for a retuned melodica with foot pumps on Music For Modified Melodica.

Sustained and overblown, the shrill nasal drone like cousins harmonica, shō, bagpipe. A deep harmonic profile widened by the expansion of its chord, now flanked with low om and high whine. A saturated field of waves, refracting, shifting. Shimmering harmonics’ glistening sheen celestial twinkling. Enrapturing, ensconcing. Ecstatic radiations call forth auditory hallucinations from cicada tanpura. Waves and their automatic interactions surface into and subside from consciousness from it’s shifting chord. So much movement from so little action. Despite its haze something piercing. Like its waves summoned from nothing its singing stays in the ears, ringing, after its end, even at low volume playback.

Music For Modified Melodica is revelatory. While melodica has long been a favorite instrument of mine, Kaori Suzuki has unlocked something entirely new. Using a modified instrument that makes it playable by foot pumps allows her to create continual, expansive drones without pause. Singular, sustained notes open and subtly shift in dizzying shapes on “Air Born of Light,” overwhelming the senses in unexpected ways. Suzuki recommends the music be listened to at high volume and when doing so, once it ends I feel like I’m stepping back onto land after hours at sea.

Using the foot pump, Suzuki can push huge amounts of air through the melodica’s reeds and the heavy vibrations expand the sonic palette, allowing new tones to appear. It’s this boundless energy that gives the music such a physical presence. She layers various oscillators and delays in the mix to further inflate the massive feel of “Air Born of Light.” This physicality is overbearing and almost unbearable, but pushing forward it envelops my body entirely, leading to some kind of abstract transcendence.

Suzuki’s background in experimental electronic music and instrument building (I’m still kicking myself for never buying a Magic Echo Music PALette, but I digress) is the right combination of talent and skill to push the boundaries of the melodica well beyond anything imaginable. Music For Modified Melodica takes a maximalist approach to find new ground and in the process becomes a whole-body experience.

Big enveloping drone works that have got nothing to do with the dream house. Suzuki’s work tends instead towards the creation of psychoactive effects at high listening volumes (her work often instructs high volume listening). This piece has perhaps more in common with Kevin Drumm than other works of acoustic drone minimalism. It triggers a fight or flight instinct – a precipice on the edge of ecstasy and pain. Sticking it out makes for a transformative listen. Even at lower volumes or laptop listening the microtones will still prompt a physical reaction, maybe a little itching in the lugholes or suchlike. It’s made from acoustic sound sources – the reeds of a melodica made playable with a foot pump, augmented with high frequencies, oscillators and treated with time delays.

CD limited to 200 or digital available in our webshop

Or find the album on your prefered streaming service here: https://orcd.co/kaori_suzuki 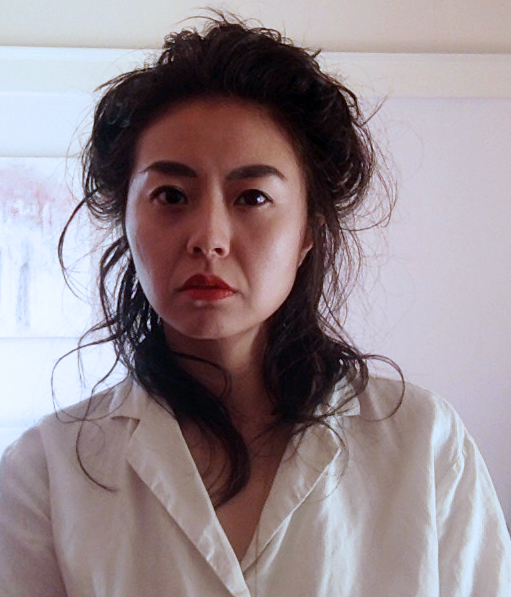 Kaori Suzuki is a Tokyo-born and California-based artist, performer, and composer.

Suzuki’s recordings of solo and collaborative configurations are published on independent labels in Europe and the U.S., including Beacon Sound (US) and Second Editions (DE). When she’s not working on her solo music, her other projects include drumming in the Oakland based minimalist psych-punk group, Night Collectors; her ongoing, collaborative light & sound happenings with partner, John Krausbauer; and playing amplified cello and guitar in the ever-intense amplified string ensemble, Ecstatic Music Band.

Suzuki sustains a diverse background in electronic music and instrument making, including her production of electronic instruments for her (now defunct) project/company, Magic Echo Music from 2008-2013. Her autodidactic creations evolved into custom and small run instruments, which have been utilized by various musicians around the globe and most venerably by Hiroshi Hasegawa (C.C.C.C., Astro). She continues instrument making for her own work, and currently teaches on the subject of electronic music at the Center for Contemporary Music at Mills College and as a visiting lecturer at Santa Clara University.

As a performer, Suzuki has presented her sound works at numerous venues across North America, Japan, and Europe, including the San Francisco Electronic Music Festival (US), Berkeley Art Museum (US), OTOOTO (JP), Worm (NL), CCRMA (US), Quiet City Series (CN), Debacle Festival (US), The Lab (US), Gallery Nomart (JP), Gallery 316 (MX), Vox Populi (US), Zorba (FR), Elastic Arts (US), FUSE Arts (UK), Human Resources (US), Time Based Art Festival (US), Rhizome (US), Ochiai Soup (JP), Coaxial (US), Arkaoda (DE), Holy Underground (US), and many others.